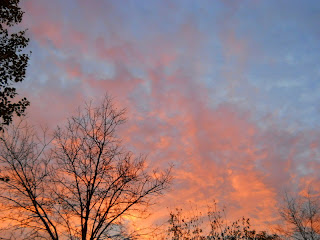 Hi guys! The boys were playing in the backyard tonight and hollered at me to come out which I admit I did grudgingly. I was busy doing Important Things.They said, "Look how pretty the clouds are!" Something I say to them often..usually in the morning as I am taking Jack to school. 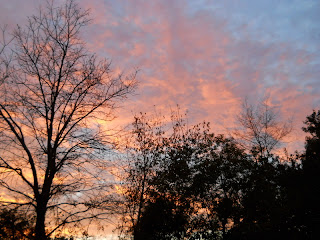 They were right...they were pretty spectacular and I ran back in to get my camera. 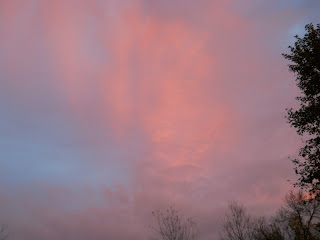 Of course I had it set on Macro for the first few so those were a bit smudgey..but me knowing how I am (camera impaired) I tried a different setting just in case. 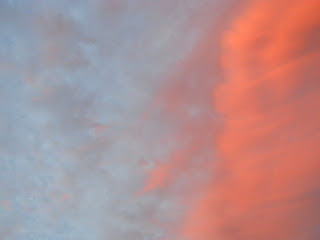 Hunter said they looked like big watermelon slices. I quizzed Jack on what kind of clouds they were. 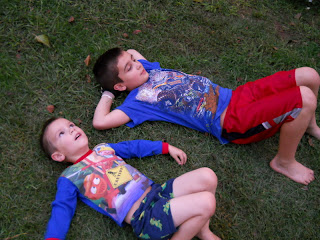 They said they saw a face in the clouds... 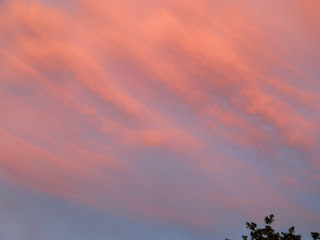 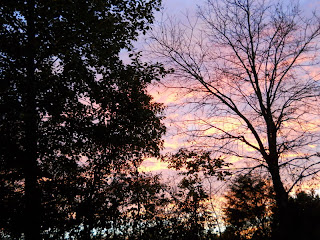 It was such a great moment with my little men even though they had to prod me into it..and like most things in life..very fleeting. 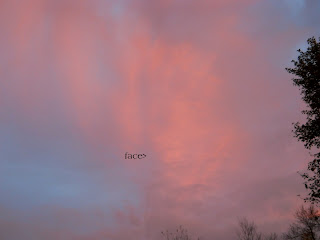 And they were right about the face...when I turned around I could totally see it..more awesome in real life but I still see it here. Jack said it looked like an old man. Just a reminder to me to slow down and look up! Hope you had a great day too! 'Til next time! Julia
Posted by hopeandjoyhome at 7:23 PM

I love just watching the sky! They do look like cotton candy.

nothing better then spending time with your little men. :0)
Debbi
-yankeeburrowcreations

I can totally see the face! Looks like a skeleton to me, just in time for Halloween :)

How sweet is that! You are right fleeting special moments! I thought at first it was fire..Yikkes gorgeous. You said you might use your crinolines for lamp shades, that's why I originally bought the tulle skirt, then the stool was calling me first LOL!