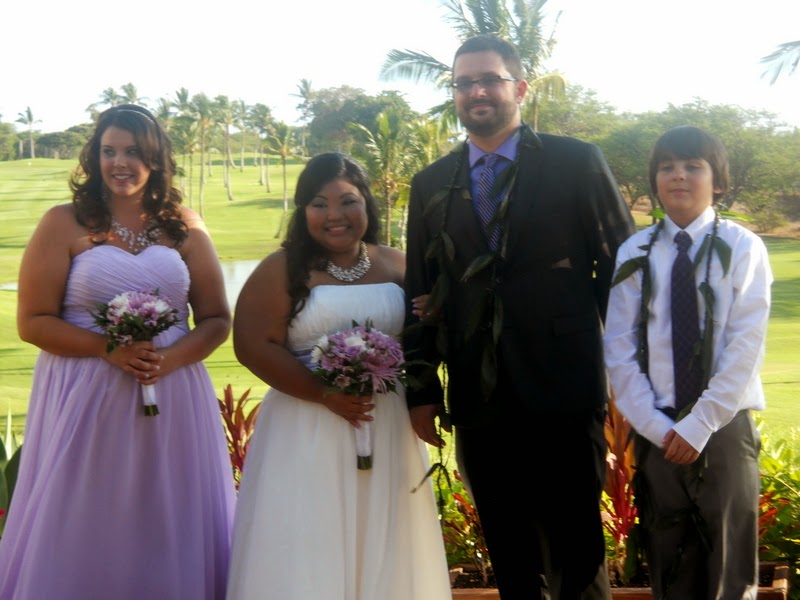 Hi guys! I have been MIA a couple weeks. I have been busy with our son's wedding. Evan and his bride Krystal got married in Maui. They live in the Midwest, but Krystal is from Molokai originally and a lot of her family still lives in Hawaii..so off to Maui we went (darn!)They got married at the Kihei golf course Country Club and it was gorgeous! The background looked photoshopped! The staff was excellent and the venue was so pretty. The maid of honor is Liz, then Krystal, Evan and the best man our youngest son Jaxon. Jack was so excited to be the best man. 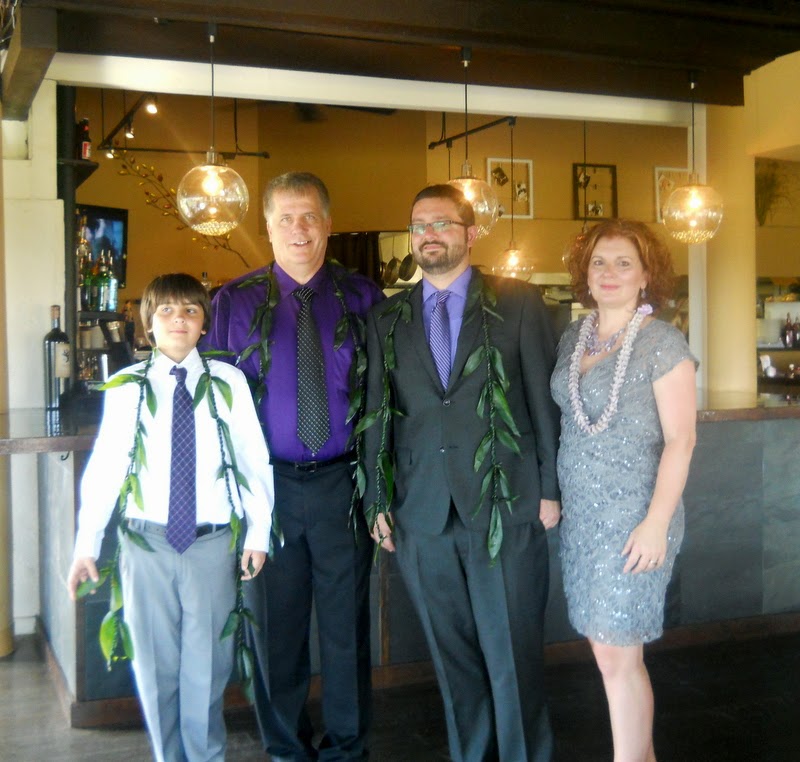 Jack, my husband Ed, Evan and me. The officiant was Krystal's uncle. He also made the leis for us all. The men's are made from tea leaves. Krystal's family was warm and welcoming as expected as Krystal is such a sweet person..so glad she and Evan found each other! 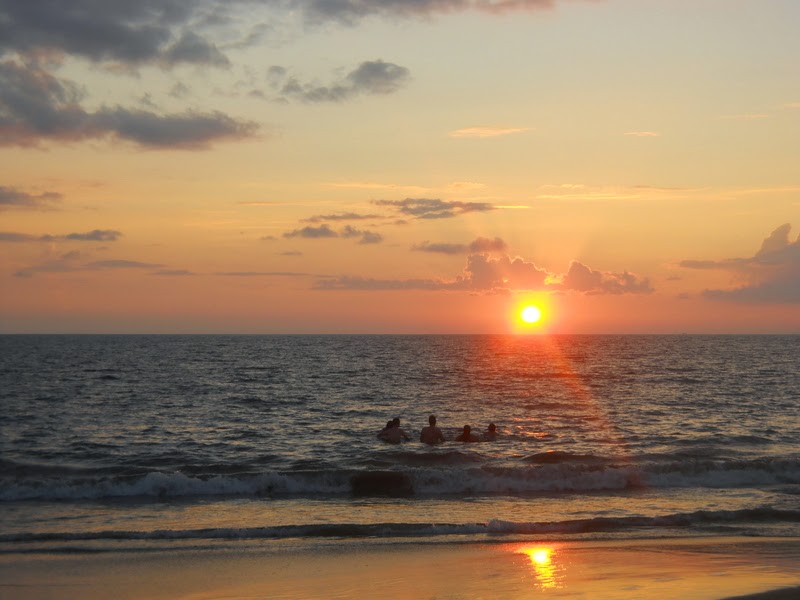 The sunsets in Maui are spectacular. People make a point of going to the beach to watch it set. The sun drops really fast! 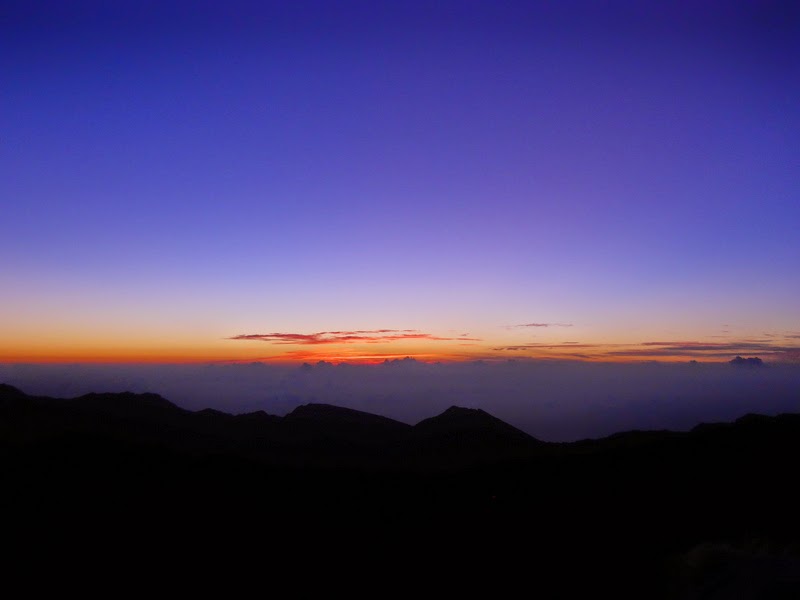 A couple days later, we drove at 4am to the top of a volcano, Haleakala to see the sunrise. Equally spectacular! It was a Monday morning in October and there were hundreds of other people up there in the dark at 4am in 44 degree weather waiting for the sun! It was crazy. 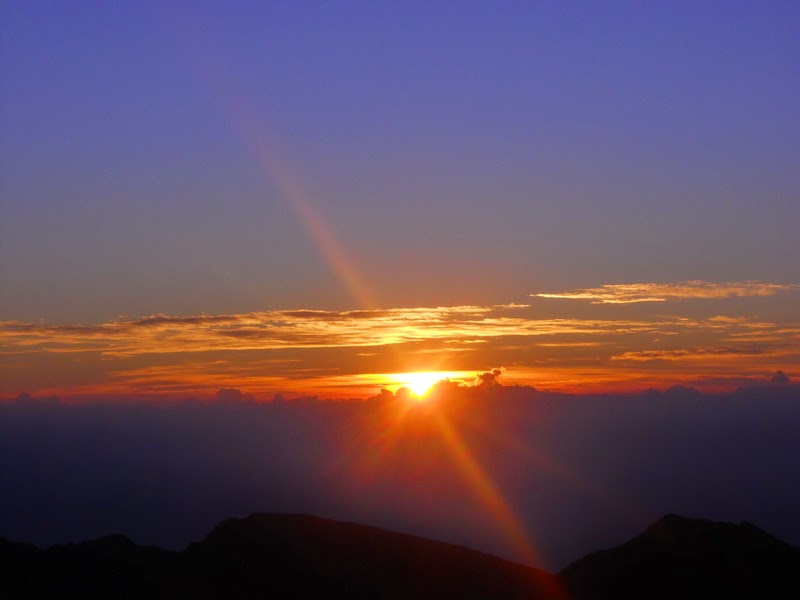 It was really breathtaking.. 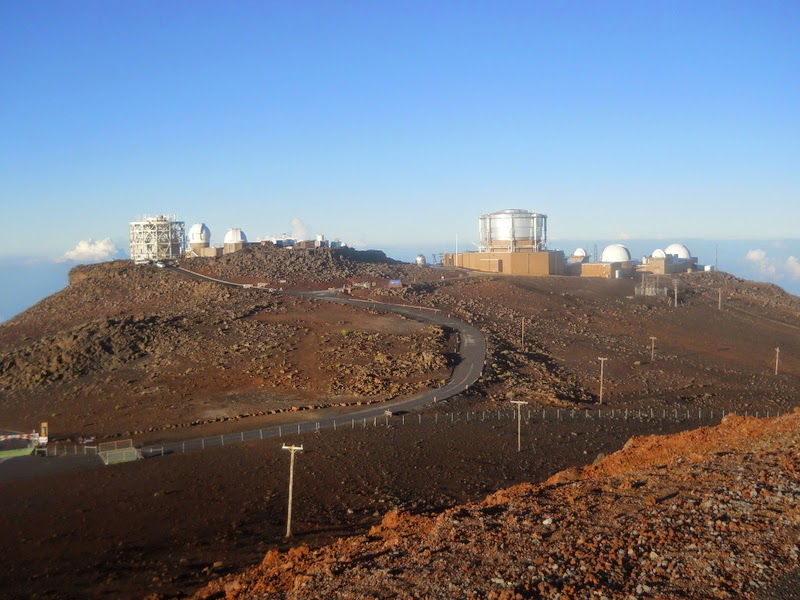 There was also an observatory up there. 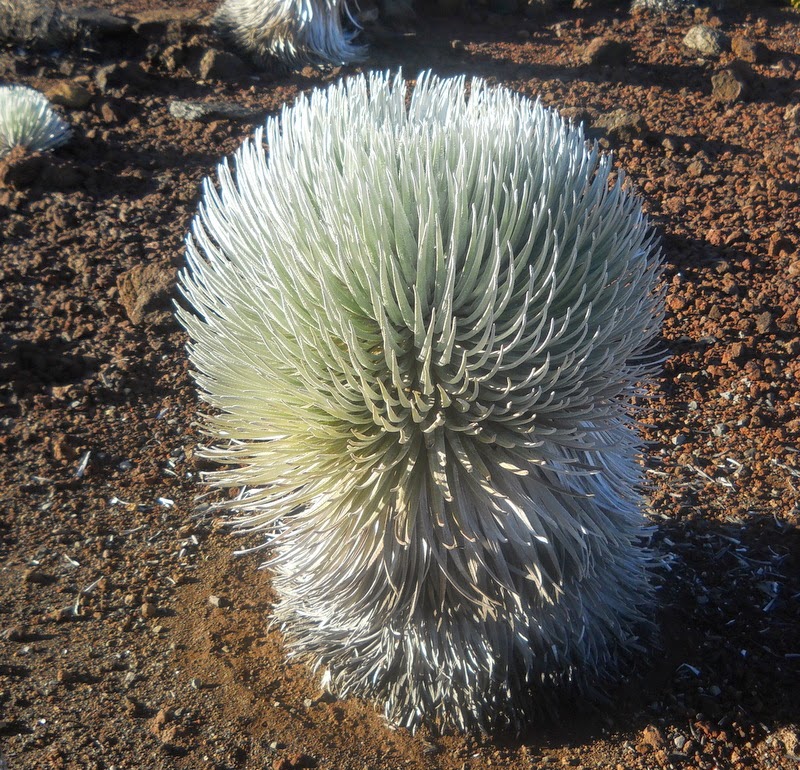 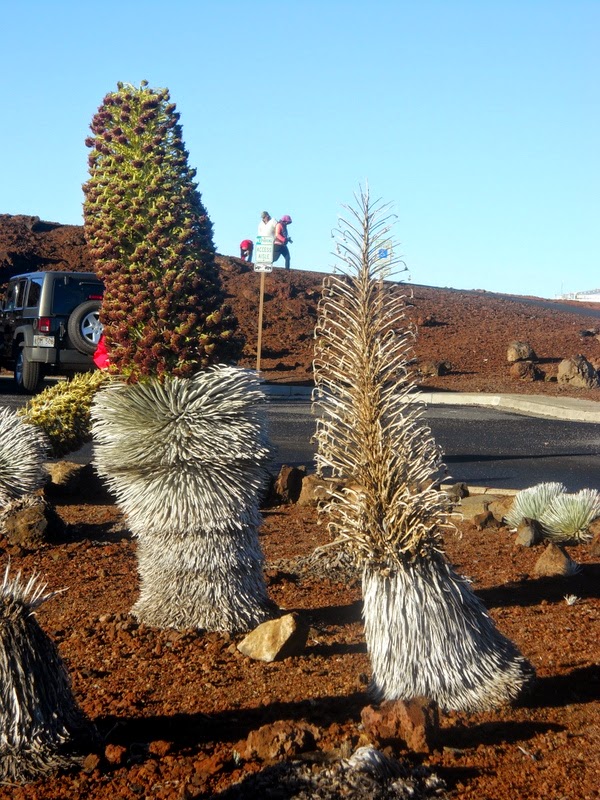 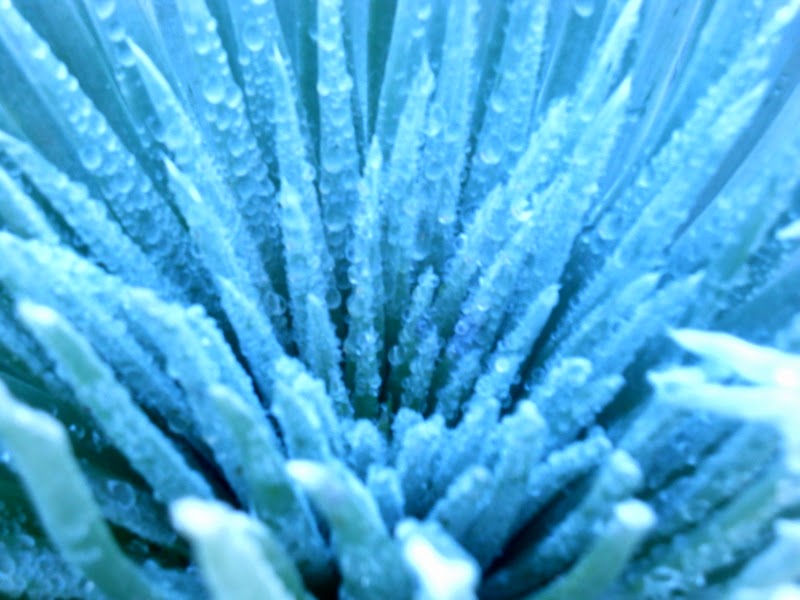 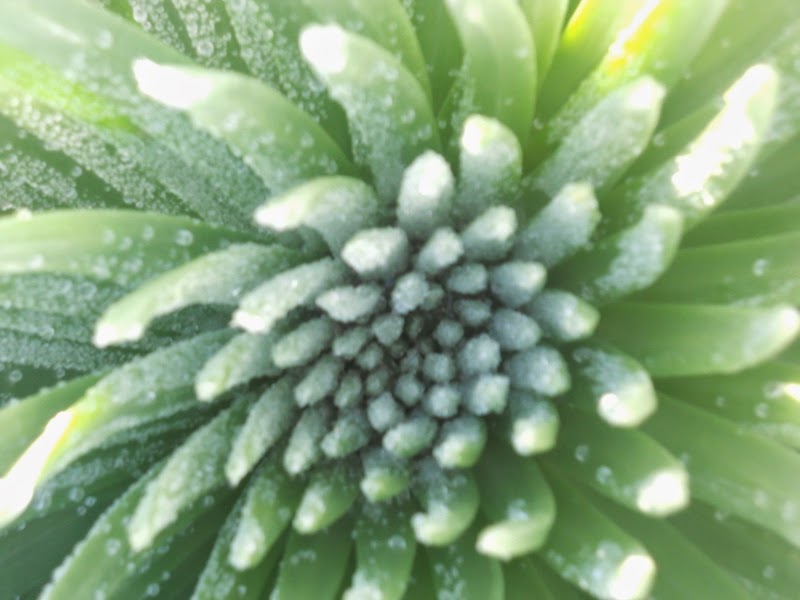 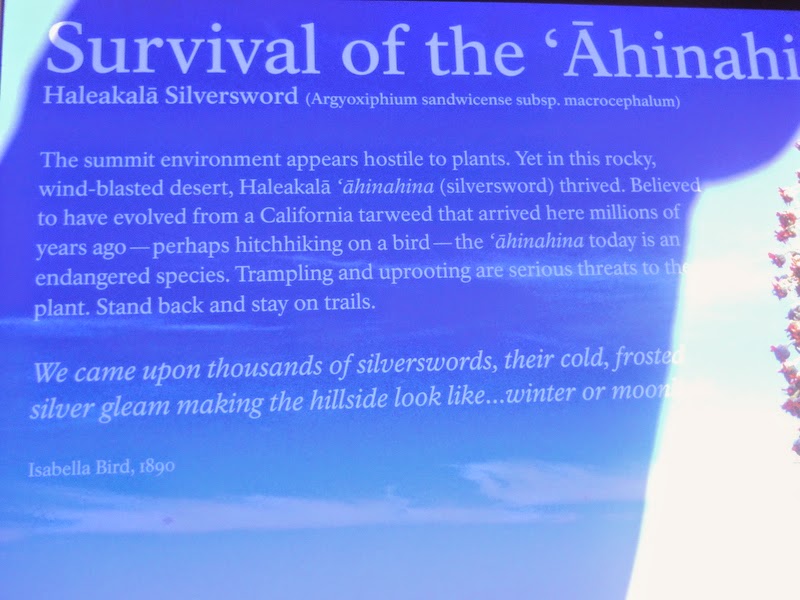 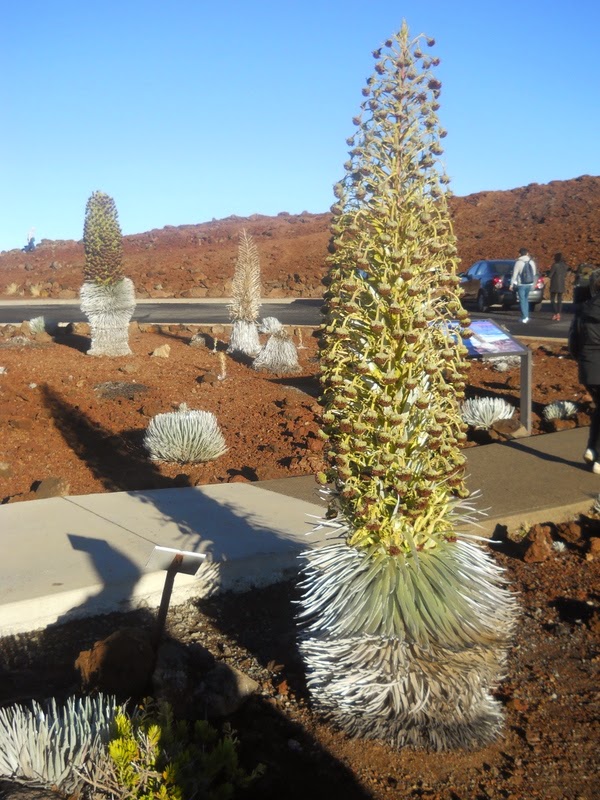 They get huge when they bloom. 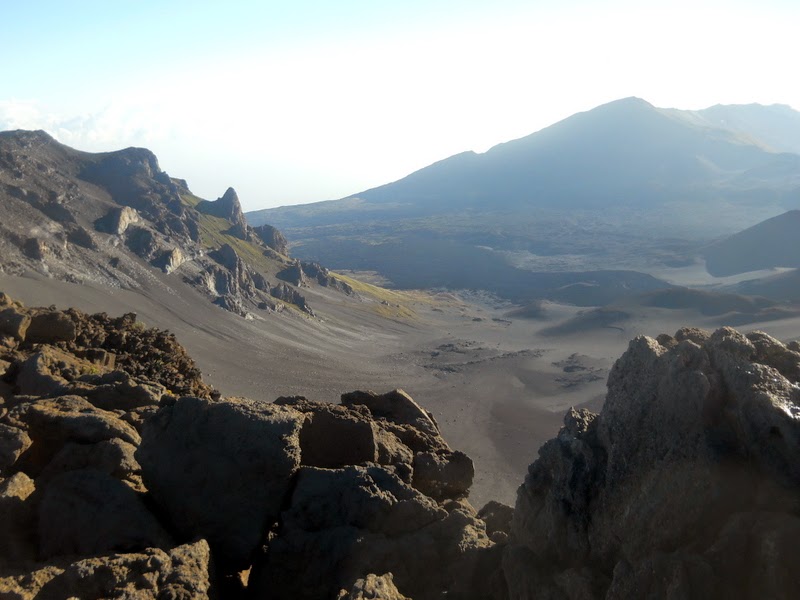 View of the crater.. 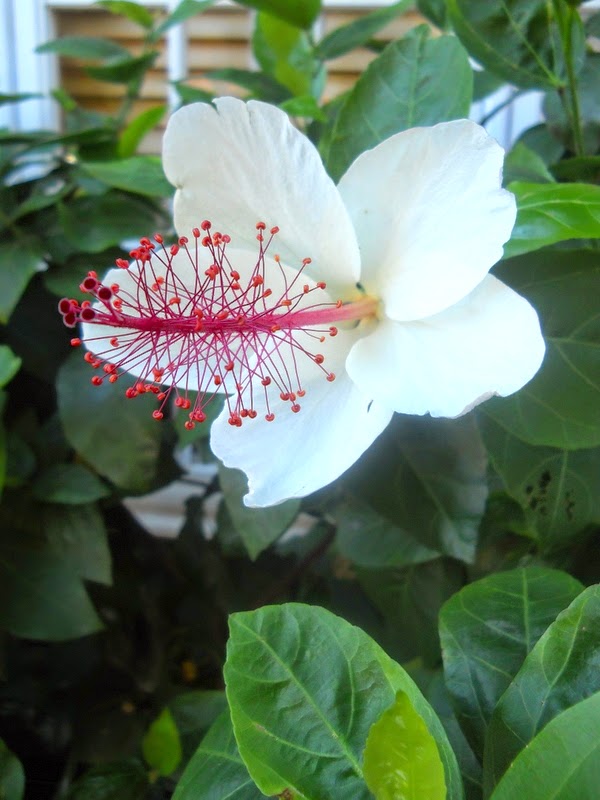 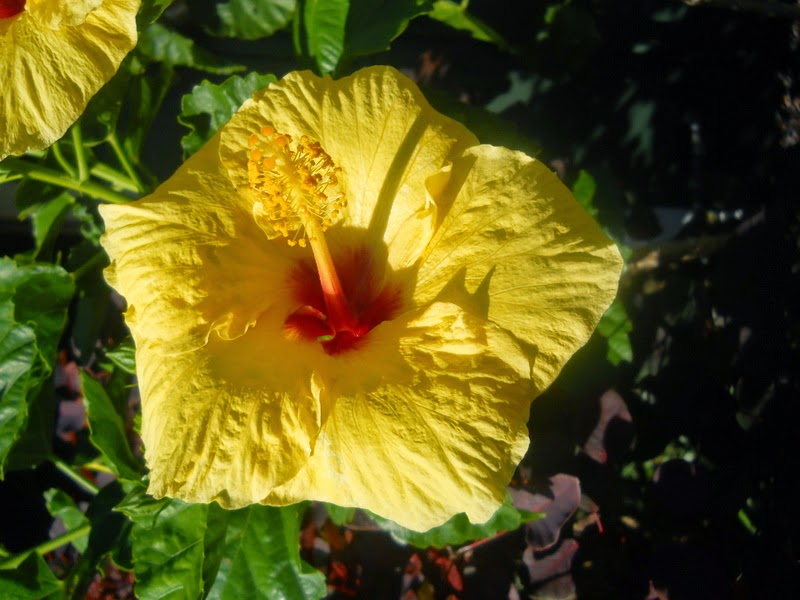 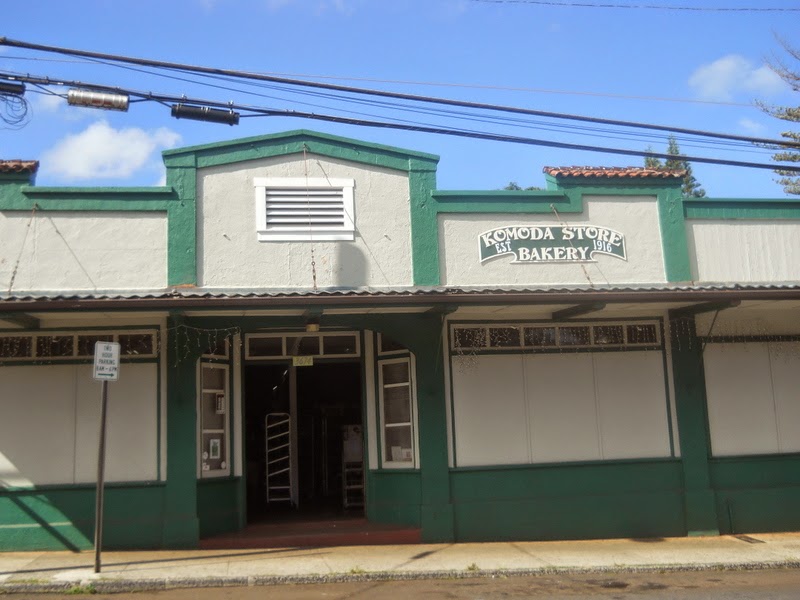 Krystal took us to her favorite local bakery..I wish this was smell-o-vision, because the smells coming out of this place were heavenly! 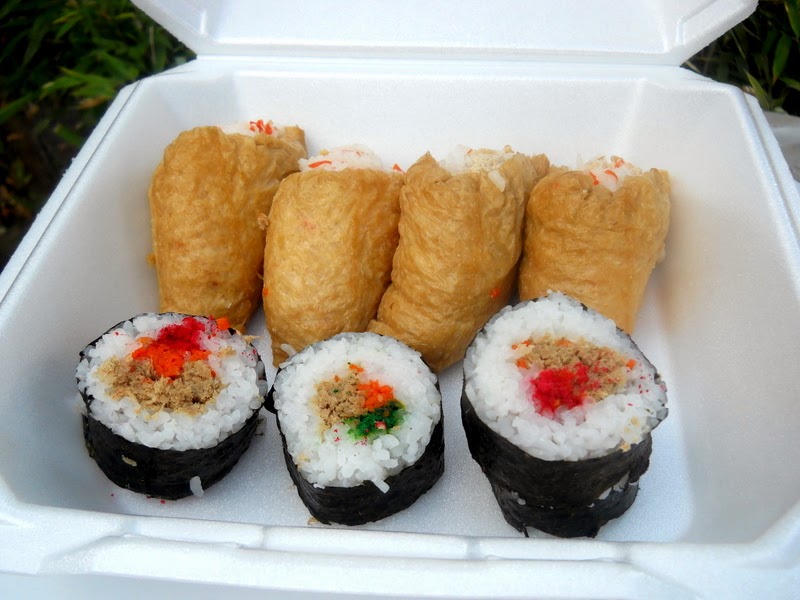 They even had sushi which Krystal loves and says it is much better here than in the MidWest (undoubtedly!) 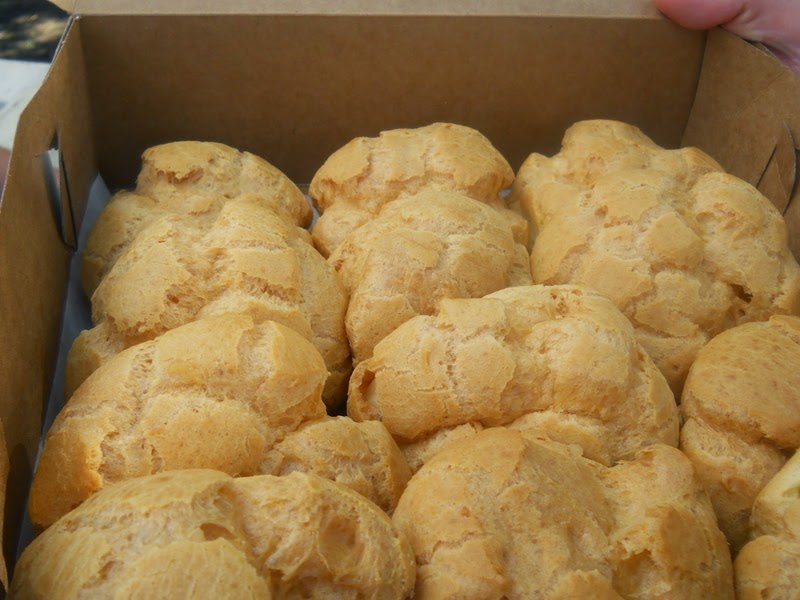 She bought cream puffs to take to her aunt. I got a sugared doughnut filled with guava curd that I will be dreaming about for years! Sooooo good! 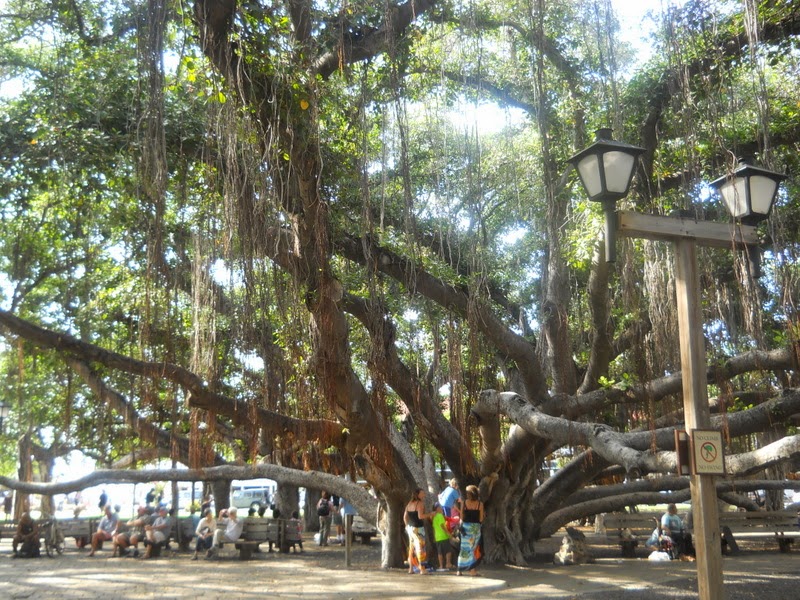 We took a trip to Lahaina to see the famous front street shops. There is a ginormous banyan tree in front of the city hall building..very cool! There was a museum in the city hall too..more my speed than touristy shopping. I have more pics to share, didn't want to load them all at once! 'Til next time! Julia
Posted by hopeandjoyhome at 9:15 AM 1 comment: