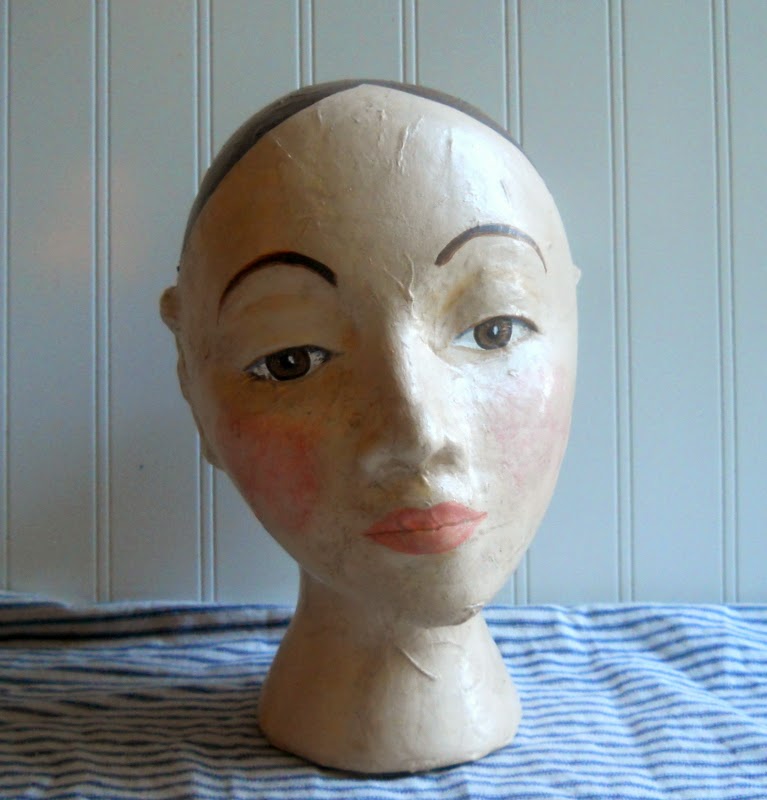 Hi guys! January is half done and I am just getting into the swing of things. I had that awful flu at the end of December. I thought I'd be down for 2 days but spent 10 days on the couch! The first 2 were the worst and I kept thinking, "Tomorrow I will be better" but I wasn't. So weak and "coughy". I told my husband I have been more violently ill for shorter times but that was the sickest I ever remember being! Mom's don't have time to be sick. I usually give my self a day or 2. Looking back I should have probably went to the Dr., but I just kept thinking.."Oh I will be better tomorrow!" I hope you all avoided it! 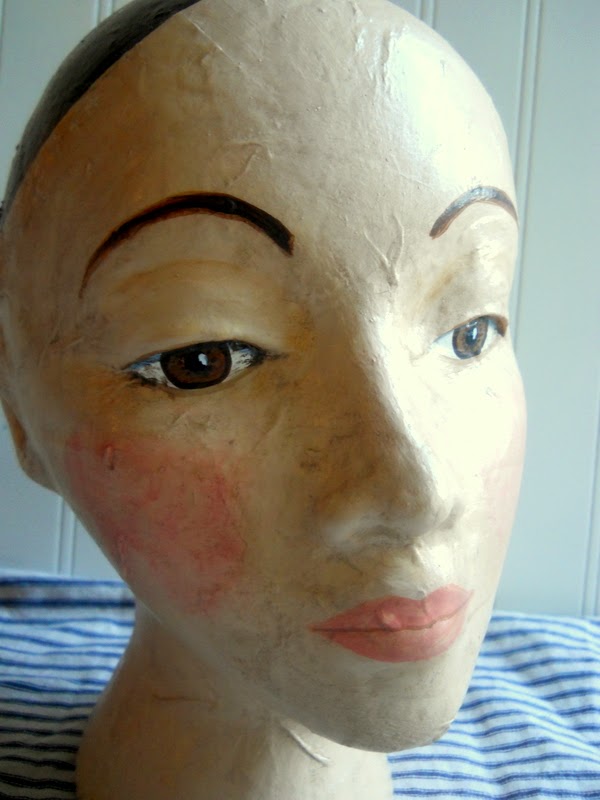 Lots of couch time = lots of think time.This year I plan to strike out in new directions..to update my blog and hopefully get more followers (not that I do not appreciate each and very one of you!) More on that later. I have been working on projects and starting new things. These mannequin heads are a bit of both. These first ones have been an idea in my mind for awhile. I love old religious santos and cage dolls..I find the faces so serene and beautiful. That was what prompted these. I was also influenced by the old milliner mannequins. These are paper and paperclay over styrofoam forms. 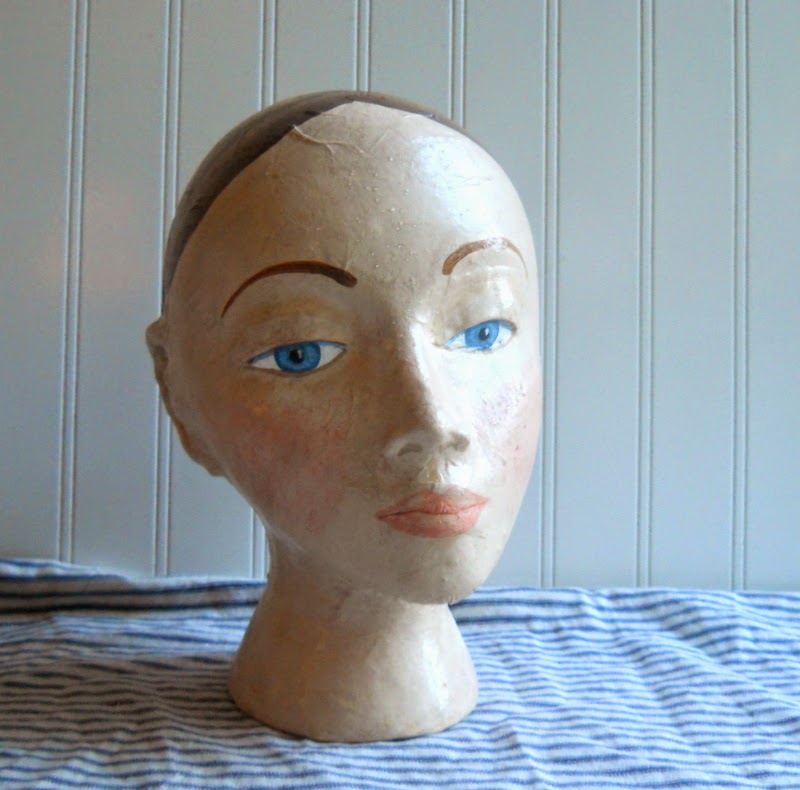 I like the stylized faces..this one is blue eyed. They have more of a primitive look and finish. 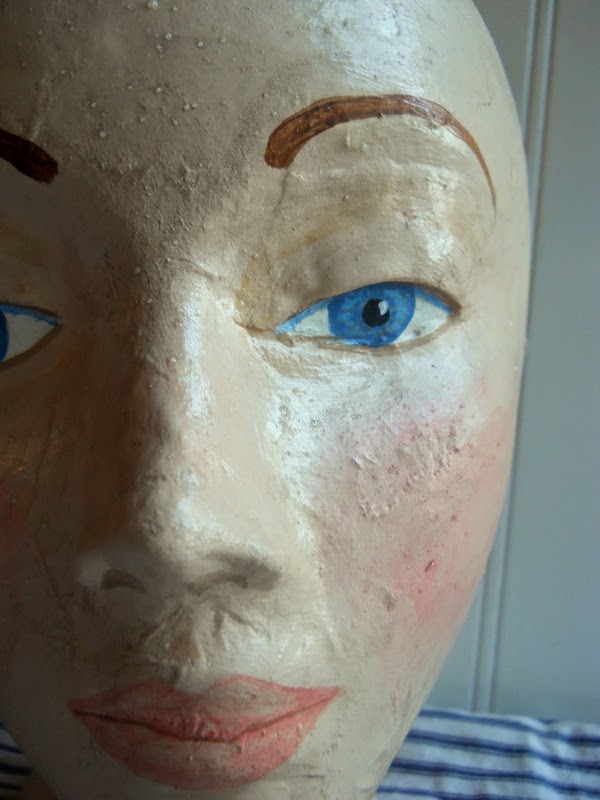 Some find mannequins creepy (there is a name for that phobia) but I find these more doll-like than life like so that cuts down on the creep factor! 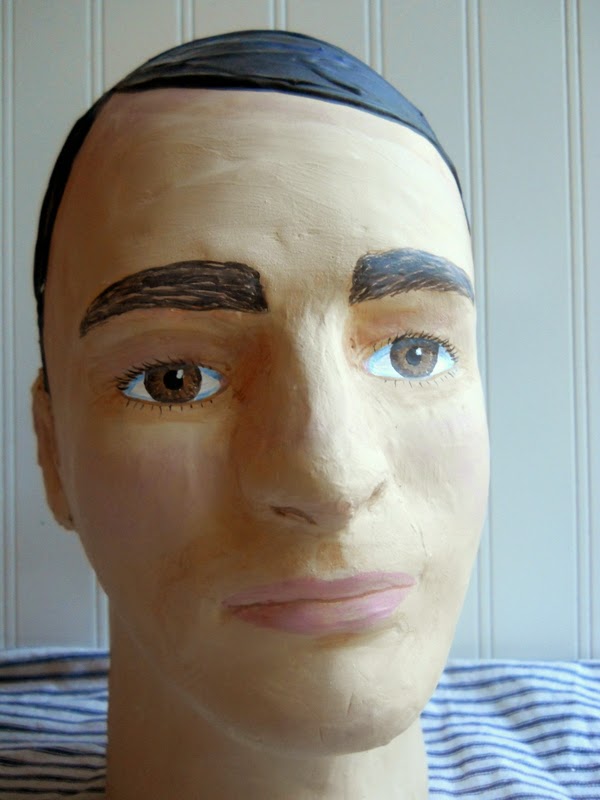 These guys are older projects I finished.they have been hanging out in my studio for over a year! I named this one Colin after Colin Farrell because of his eyebrows.. 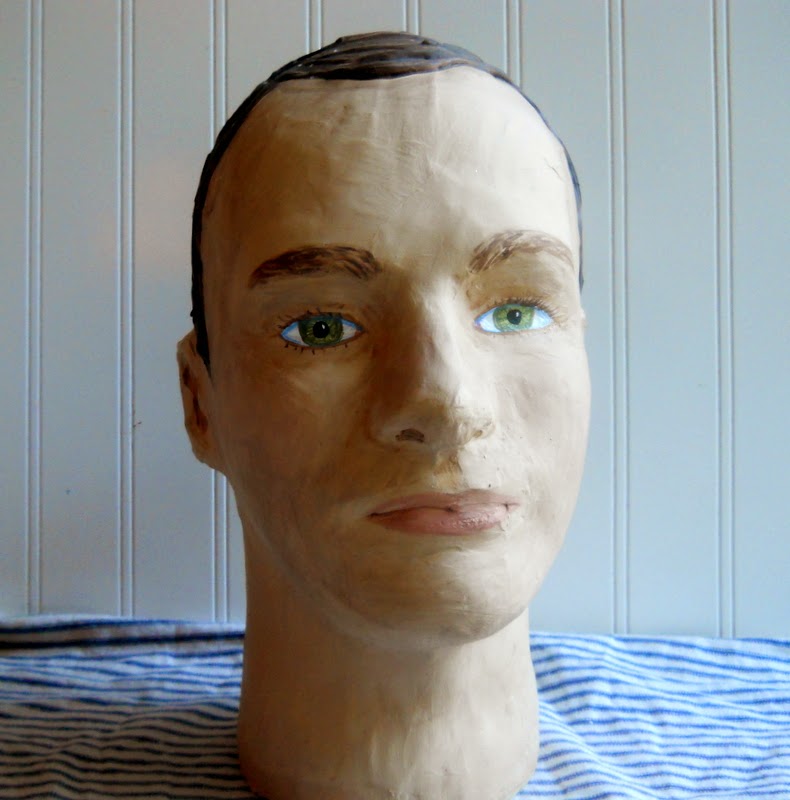 and this one Tom because he reminds me of Tom Hanks. These 2 are plaster over styrofoam.. more of a process and I am not sure if I will be making more of  these or not!I have lots of things in the works and this year I plan to offer a lot more DIY's and tutorials here. So stop back and visit me! (And follow if you haven't) Until next time..hope things are heading in the right direction for you too! Julia
Posted by hopeandjoyhome at 7:20 PM

I does look a little like Tom Hanks! They are all fabulous works of art! My fear...Clowns lol! Glad you feel better...Wow people really got hit hard with the flu this year!