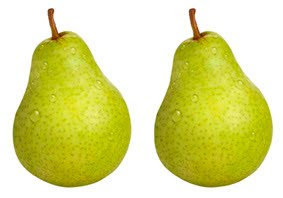 Hi guys! This year I am hitting the milestone of the big 5-0..not quite sure how I am feeling about that. I guess it is better than the alternative! I decided after a 3 year lapse it was time to get back in the gym. I didn't want to turn 50 AND have a muffin top...one of the 2 is bad enough! So back to the gym I went. I walk on the treadmill as fast as I can without jogging (4mph for my short Shetland pony legs) for 15 minutes and do another 15 on the bike with the arm attachments or the stair climber and do some weights especially for my arms and back (that back fat that mysteriously appeared has to GO!)I really work up a sweat, I am not just plodding along. I have been watching what I eat, cutting out goodies, snacking and watching portions. I did not weigh myself for the last 4 weeks because I didn't want to drive myself nuts. My husband who has never gone to the gym since high school decided he wanted to "lose a few" so he decided to replace the Little Debbies and candybars he eats during the day with bananas. Let me mention that I have been harping on him to quit eating that junk for years because he has diabetes in his family history and I KNEW he was sneaking them anyways. 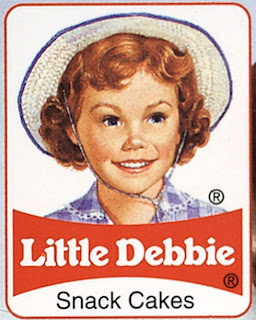 Let me also say that Little Debbie's snacks ARE delicious. They are made right down the road in Collegedale, TN just outside of Chattanooga. My daughter's friend is a bank teller and the actual Little Debbie is one of her customers. I used to eat Little Debbie's fudge rounds on a daily basis..of course was younger and weighed 115 pounds! (PS Little Debbie..don't think I didn't notice when you down sized your fudge rounds!) 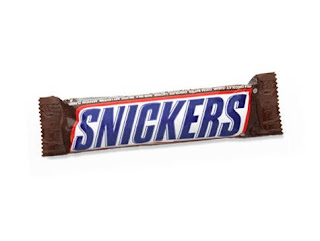 I had a similar relationship with Snickers..I'd eat at least one a day! Then in my 30's I started eating less junk..I even cut out my nightly bowl of ice cream. My forties saw these goodies almost entirely disappear. So when my husband announced on Sunday that he had lost TWELVE POUNDS (I need a new hole on my belt and smaller jeans!) I decided it was time for my own weigh in. I felt I had lost probably 5-8 pounds..I felt firmer. So I hopped on the evil scale aaaaannnnnnnnddd...... 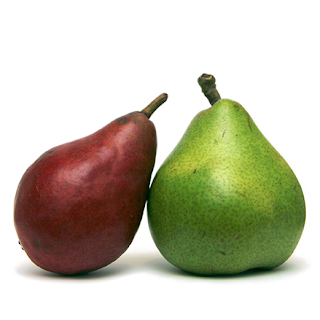 I GAINED 2 pounds.... :( How is that even fair? *sigh* I will continue to stick with the exercise and scrutinize my diet further but that really took the wind out of my sails. I guess slow and steady wins the race but SERIOUSLY??? Til next time! Julia
Posted by hopeandjoyhome at 5:39 AM

Don't you hate that? But it's probably because you have gained muscle! Muscle weighs more than fat.

Congrats to you for sticking with it.